Because I want to make unsual map with not only simple 3d objects and terrain but also with custom weapons, sounds and also with interesting triggers so today I spend whole day in making such map in Drakan Level Editor, one of ideas was to download assets from OpenGameArt webpage and find which assets will match level. Map will be about Medieval Town that consists:castle, houses area, sewers and dungeons. Rynn will has all sort of weapons, I replaced many of default sounds, such as: orc attack shouts, Rynn’s footsteps, Rynn’s attack shouts, sword sound(swing, attack, hit), and above all I imported custom weapons with high resolution texture. Thanks to Rodhenik that helped me with map developement, he sent me many of 3d models that will match to this map and even match to Riot Engine because they are 3-4 side faces. I changed way of making level, because I made couple mistakes in my previous maps I mean in this map corridors are splitted into smaller objects so there is proper light calculating. For making map I took inspiration from other games, real cities or other mods. Town is surrounded by mountains, I wanted situate this map in winter. Ill place also custom skybox. I added also custom functional 3D model of door where can be used when in this map Rynn will has to find keys. I thought about starting new topic because it can be even foundation for mod, when Ill find time maybe Ill create more maps. 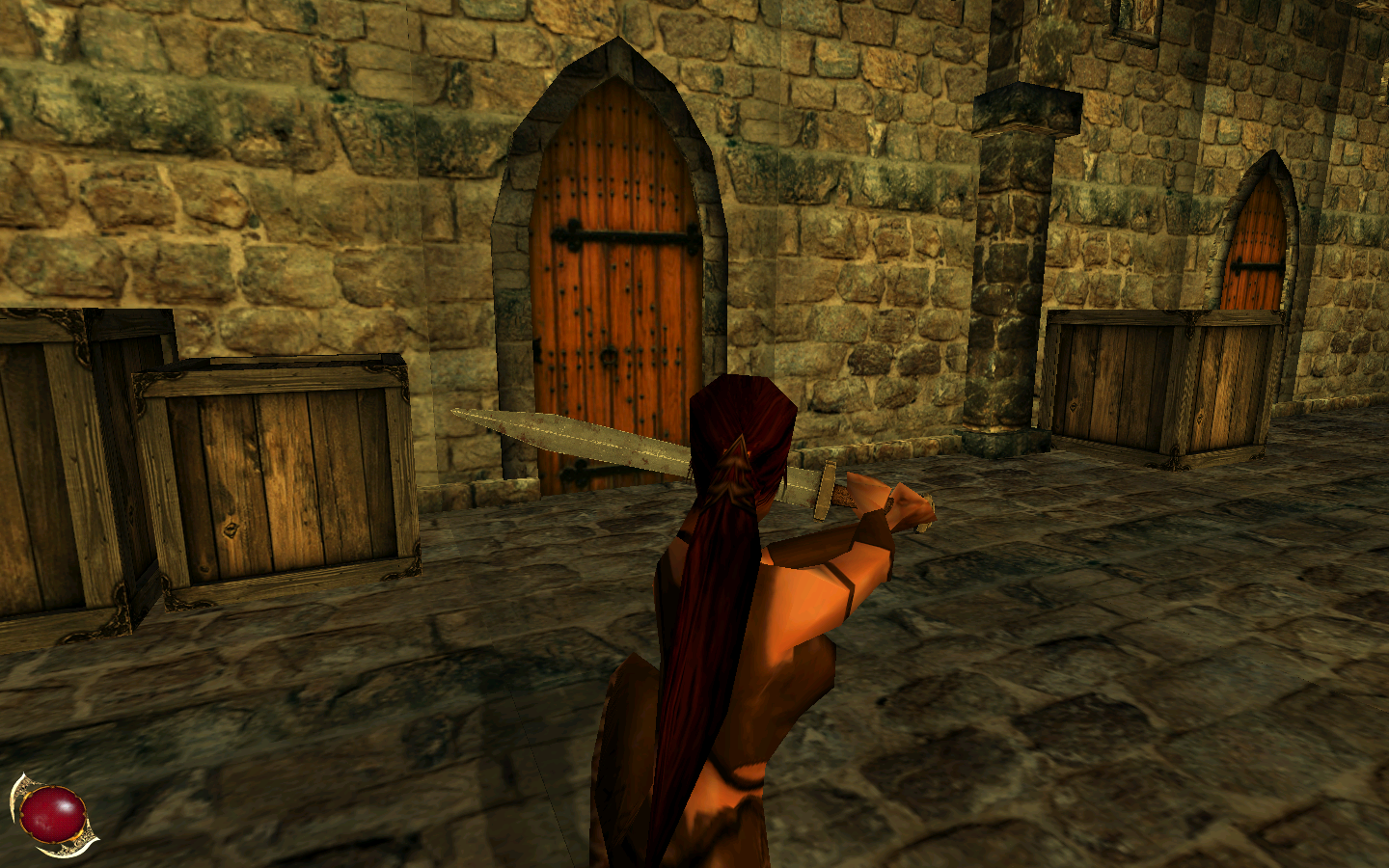 Take a look on high resolution texture of short sword 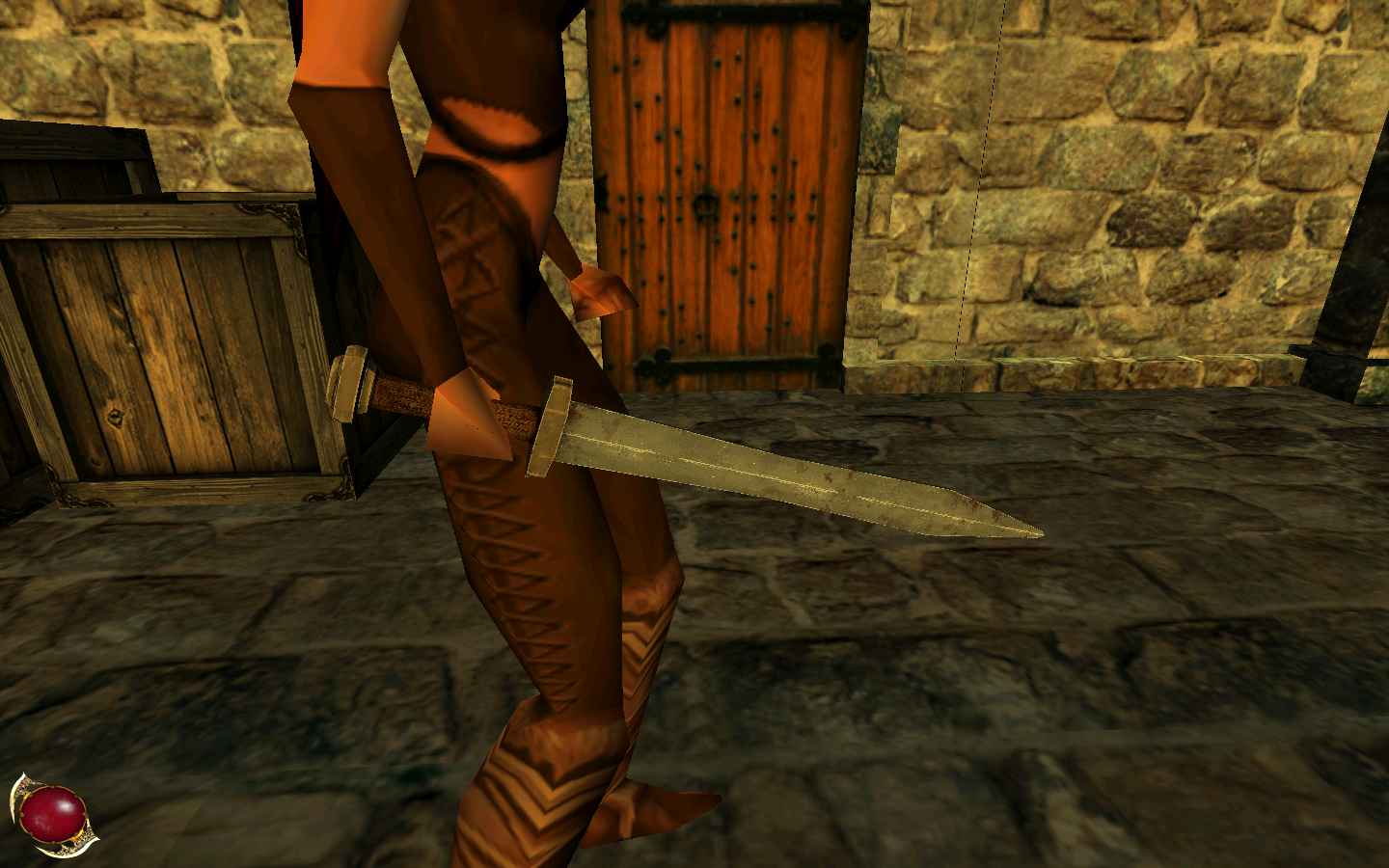 Map will include many interior places also with different 3d models of potions, food, bows and Ill try to make unsual NPCs, problem is of course with making .rec with different animations, there are other option such as :making different skins, armors or thanks to Jage’s help with different lighting for NPCs that take lighting of specific layers. 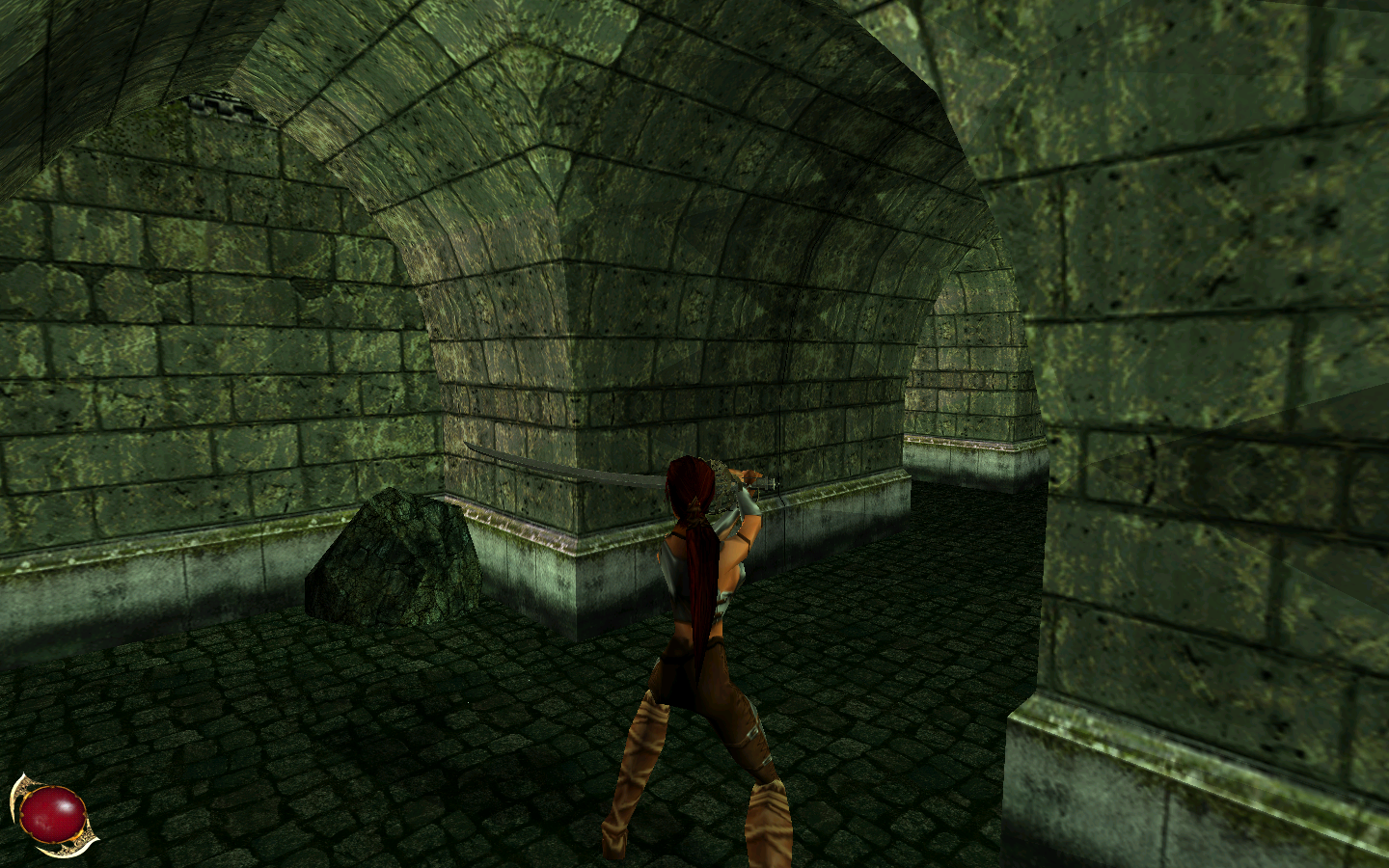 Ill upload download link soon, because work on it can take much more time because of more details